Sara earned a Bachelor in Nutrition Science in 2007 from Plantijn-Artesis College Antwerp for a paper about the effects of poverty on nutrition and how reduced-rate public restaurants could change their menus to offer healthier choices for those who are less well off. After obtaining her Bachelor’s degree, she spent some time in Puerto Rico with her boyfriend Jeroen, where she studied Spanish.

Back at home, Sara took a job at the Antwerp University Hospital (UZA, Edegem), overseeing the patients’ nutrition needs and managing the day-to-day operations of the hospital kitchen. While working at the Antwerp University Hospital, Sara completed a post-graduate degree in Diabetes Education. This made her realize that she was missing the face-to-face contact with patients, for which she decided to start her own practice.

At first she combined consulting with a part-time job at the Heilige Famillie Hospital in Reet and a BodyStyle Institute in Lier.  But, since April 1 2011, Sara has been working full time as a self-employed nutritionist. Soon after, Sara discovered that she also likes teaching and lecturing. In late 2011, she worked as a consultant for the Kleurrijk Gezond project. Armed with this experience, she developed a series of lectures on healthy nutrition, high cholesterol and diabetes. In the 2013-2014 academic year, Sara took up a position as a guest lecturer at Artesis-Plantijn College.

In 2014, it began to dawn on Sara that it was impossible to keep up with the fast developments in all of Nutrition science. She realized that, if she wanted to reach her goal of providing the best standards of care, this would require further specialization. Therefore, Sara decided to put together a team of fellow nutritionists who would each focus on targeted nutrition therapies to achieve particular goals or to help manage particular illnesses. This way, De Voedingsbrug emerged.

Within De Voedingsbrug, Sara focuses on four types of nutrition therapy: diabetes management, high cholesterol management, irritable bowel syndrome (IBS), and  adult weight loss. If you require advice to help manage one of these illnesses with nutrition or if you simply want to  loose weight and improve your overall health (15 years and up), Sara is the nutritionist you seek.

For Irritable Bowel Syndrom (IBS), De Voedingsbrug offers two approaches. Irritable Bowel Syndrome (IBS) is a common problem. The most common symptoms include: pain, bloating, discomfort in the abdomen with irregular bowel movements (more than 3 times per day or less than three times a week, regular diarrhea and / or constipation or an alternation of the two), abnormally shaped stool (soft / watery or very hard). This may be accompanied by other symptoms such as nausea, poor digestion, frequent burping (dyspepsia), tiredness, or symptoms during urination (dysuria).

As a first approach, we try to reduce stress on the bowel by changing your diet to include more easily digestable foodstuffs. If this does not help, Sara will direct you to fellow dietitian. The dietitian will then accompany you to switch to the FODMAP diet.

Sara is available for individual sessions in Dutch and English in Tuesdays, Wednesdays in Antwerp.

Sara will be on maternity leave until Oktober, 04 2020. Büsra will take over Sara's consultations during that time. 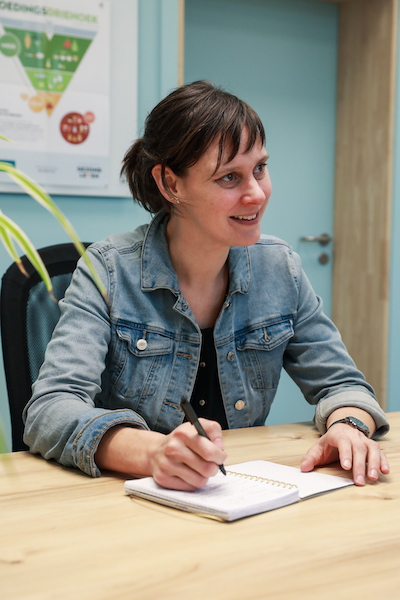 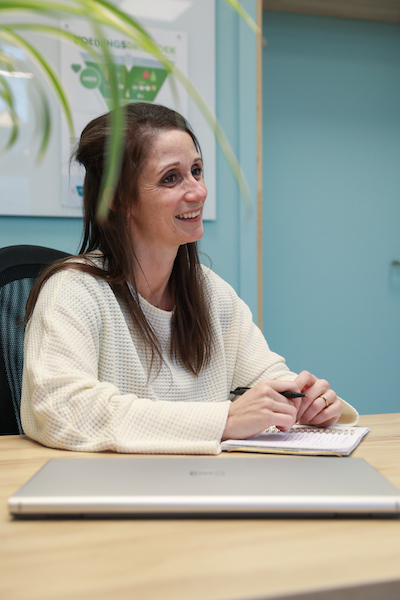